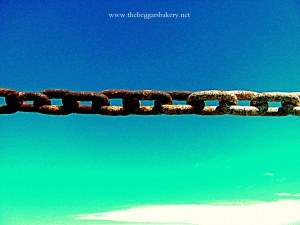 Embarking upon recovery from alcoholism years ago, I realized that everything about my thought process had to change from the inside-out.

From my experiences, I had already learned that the ways ‘tried and true’ were not always true for me.  If I were to get sober, I would be scrapping my own blueprint for my life.  When I chose sobriety, I felt like an infant who lacked even the most basic instincts for survival, since what I had counted on to survive had nearly killed me.

The standard learning model did not work for me in early recovery, because alcoholism is not a rational disease.  Despite having read every self-help book I could get my hands on (there it is again…..self) and having listened to motivational speakers, preachers, and my own bullhorn of self-condemnation, I had failed repeatedly to get sober.

Then I attended some AA meetings.  It was not until I surrendered my own strategy and listened to other addicts in 12-step meetings that I began to accept that recovery was not about learning to change at all.

It was more about changing to learn.

In that room, I changed.  I listened.   I heard from people who somehow – and this is the miraculous part – did not drink.   They did not drink, but sometimes still wanted to….and when this occurred, they looked to 12 remarkable steps for living and to each other,  and it saved their lives.  They worked on recovery even when it wasn’t fashionable to be in recovery, when they really didn’t feel like it, when nobody else understood.  And they committed to sobriety in a way I never imagined possible, because they would never, ever be able to drink “like everyone else”, no matter how many meetings they went to.  Until this point, I thought meetings were a kind of means to an end….like perhaps once you “graduate”, you can celebrate with a Zima or something.

I would never graduate from alcoholism, and that was depressing.

But I would gradually LIVE, fully and joyfully….and that was exciting!

The successfully sober people I met were from all walks of life, but they all  had one thing in common:  they just didn’t pick up a drink.  No matter what.

“If your ass falls off on Main Street,” I remember one Old-Timer saying.  “Don’t pick up.”

I really never forgot that, and I’ve felt like my ass was going to fall off too many times to count, truly.

I felt, felt, felt, felt…..like every nerve ending in my body was on fire and every piece of my spirit was shredded.    When will all of this FEELING end?  (Thankfully never, because I learned how to feel GOOD things, too 🙂

I kept feeling, but I didn’t pick up.  I tried to gather up all the nerves and soul-shreds and bring them to God, but I missed a few pieces in the process.  No matter; He found the ones that needed to remain a part of me and we decided to discard the ones that kept me in bondage, and bit by bit He is still restoring me.

I’m still a hot mess in some regards, but I’m God’s hot mess and I’ve decided to spend the rest of my life letting people know that He is utterly faithful and sobriety is a crazy-wonderful-life-saving thing.

Nearly a dozen years into recovery (thank you, Jesus – and one day at a time), I am still changing in order to learn. I have a long way to go yet, but the learning; it just keeps coming.   No matter what.

12 thoughts on “The Changing Room”