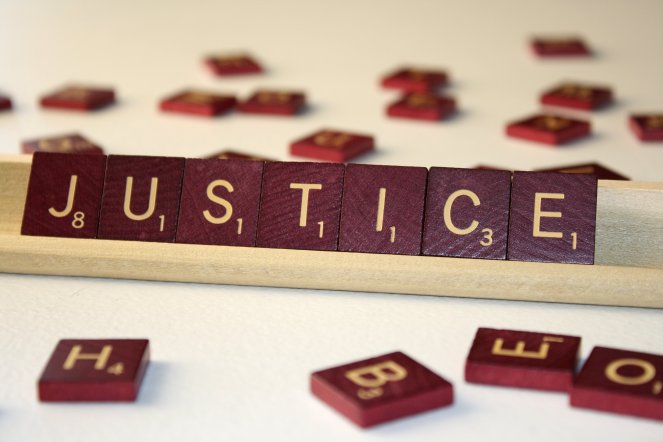 I gave birth to liberal children.

There, it’s out now (Haha! Whew! What a relief to just SAY it, and put it out there into the UNIVERSE!)

I’m kidding of course. I am very, VERY proud of the strong, young women grew up to be. Nearly everyone in the world could be labeled ‘liberal,’ some ‘conservative,’ but most fall in the spectrum in between.

For the record (and all labeling purposes) I am a moderate – and a moderate with libertarian leanings at that. I apologize to no one. Let’s just get those nasty ‘ol labels out of the way and God bless America and all that.

It bothers me less and less that my kids’ lean to the left, because the older I get, the more I understand how social justice matters to GOD.

Here are the complicated instructions I gave my kids growing up: “Form your own ideas based on what you know, and grow up to CARE about people are treated.”

I guess I shouldn’t be surprised that they did.

Here’s my honest account of social justice (and those who supposedly hunger and thirst for righteousness):

To this white, middle-aged woman, I used to think of social justice as a phase of American history in which there were blatant abuses and  involuntary segregation and horrible injustices done to people for no other reason than they had more melanin in their skin tone than others. But thank GOD, a man named Martin Luther King came and was the fairest, true-ist man in all the land, and he and his brave and peaceful soldiers of equality rid the world of social injustice so that we could all live in a world where everyone was equal and valued as such. The end.

(I didn’t say it was accurate, I said it was what we were taught. At my particular high school, the black kids were the popular kids, so I had no other perspective to view it from. It was certainly not applicable to every black child in America.

Here’s the thing: We all believe fundamentally that we are right. But statistically, we cannot POSSIBLY all be right all the time. Where are you wrong? I’m wrong about a lot of things.

And as I said, it was the history through the eyes of a white, middle-aged white woman who was educated in ’80’s era Texas and who then – and now – have multitudes of dear friends of every race, color, and creed.

As evidenced by our current political and socioeconomic climate, it ain’t over, obviously. And there is no way of getting around it – liberally or conservatively – it is an issue important to our fully-just Father.  I cannot fathom a subject more near and dear to his heart than how his children treat eachother.

It’s easy to resort to quoting the Bible verses we’ve all come to know (and be kind of confused by:) “Blessed are those who are hungry and thirsty for righteousness,  because it is they who will be satisfied!” Matthew 5:6 (NIV)

or, as The Message translates the verse: “You’re blessed when you’ve worked up a good appetite for God. He’s food and drink in the best meal you’ll ever eat.”

True justice is the best meal you’ll ever eat?  That goes right alongside drinking of the water that will make you never thirst again. That’s satiation. That’s fullness. That’s true and just satisfaction.

So as I’ve been trying to figure out for weeks how to write this piece, God has given me the word “truth’ over and over.

“Yeah, I get it, God. Truth is part and parcel to justice, and there can be no justice without there being absolute truth. But you see, we here are sorely lacking in thine ultimate truth-o-meter, as we have only our senses with which to mitigate it. Think about it. Most of we humans determine justice by perspective.

The hard part here is determining how we understand justice:

Our own sense of right and wrong (which is subjective).

And our physical senses – what we see here with our gelatinous eyeballs and selective hearing. What we touch, which may vary from person to person. What we taste, which is literally a matter of personal taste; and by what we feel – physically or emotionally.

All these weeks that God has been telling me “write about truth in justice and the blessing therein” I couldn’t complete  writing this piece because I felt something was missing.

I’d been missing the second word he’d told me to write about this morning out of a dead sleep  (and at 2 a.m., thanks, God – your ways are not our ways nor is your timing ours!)

SUBTERFUGE. The key to understanding true just ice is cutting through all of the crap that is subterfuge.

The problem being that subterfuge is also highly subjective. What may offend you may not offend me.

But what offends God should offend us all. That’s the hard part because we’ve had so many things chiseled into our minds that God HATES. But God, by his very nature, LOVES.

(Hey, I didn’t claim to answer all the world’s problems, I’m just saying God gave me a word at 2 a.m. and told me to share it, so if ONE single reader has an epiphany through this piece, my work here is done!)

Care about how people are treated, and you cannot go wrong.

Blessed – that state of BEING, not state of FEELING – are those who hunger and thirst for righteousness. Blessed are we who grow up to be people who CARE about other people.

Only God knows every truth that constitutes every justice. But BLESSED are we who work up a good appetite for the Giver of those Truths – God. He truly satisfies.

It’s not necessarily the “figuring out” what is just and un-just (although we should certainly strive to) but the thirsting for truth and justice that releases His power like no other sense we can manufacture on our own. Maybe we can all start by admitting  “hey, this was my perception growing up.” Maybe it’s really important to listen to one another.

Subterfuge would love to keep us all silent.

Let us selah on this, God.

For a day, and for a lifetime.