I run this piece each and every anniversary of 9/11. May we never forget.

Musings of a Gypsy Soul 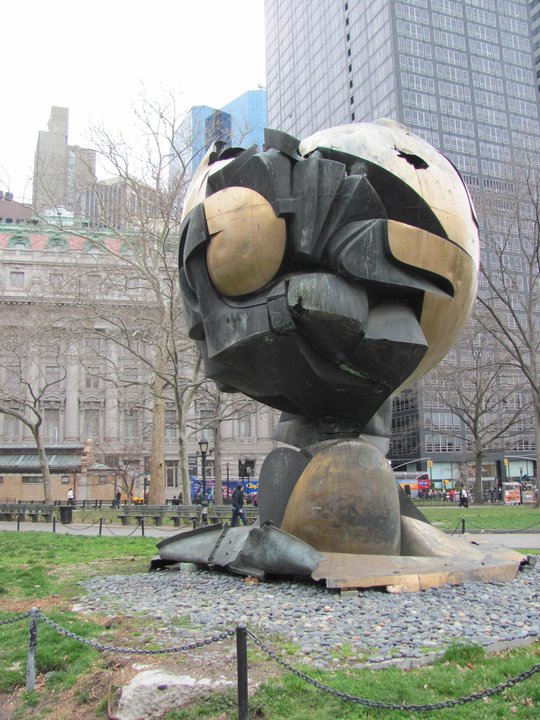 sculpture that originally stood very near the Twin Towers. Relocated now closer to the Staton Island Ferry, you can see the holes made by falling debris on 9-11, melted metal and twisted pieces.

I just happened to be watching the news while having my coffee at 9 a.m. The reporters on the morning show said that there was breaking news from the World Trade Center in New York City.  An airliner had run into the North Tower….what a horrible accident!

That’s strange.  The pilots and co-pilots must have lost control of the plane, or had heart attacks simultaneously – some freak incident that made it impossible to avoid hitting the building.  A commentator was suggesting that it may have been aircraft trouble when I walked into the kitchen to get a bagel. It may have even been the angle of the sun, he was saying. Then…