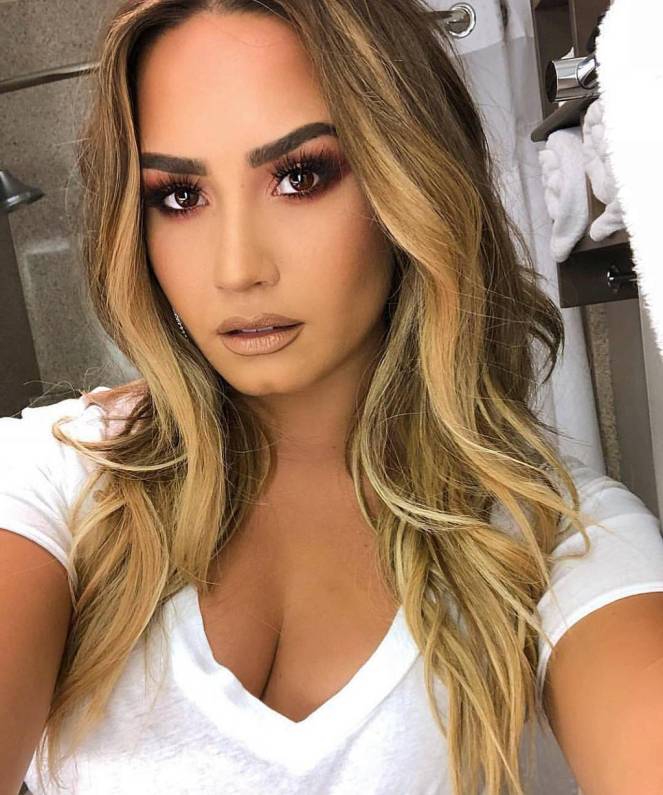 “I think I’ve definitely had my rock bottom and I think that was probably right before I went into treatment where I said, ‘I definitely need help.’  – Demi Lovato

I know I’m not alone in my feelings of sadness about Demi Lovato’s heroin relapse.
The singer and actress had six consecutive years of recovery time before she overdosed on Heroin yesterday.
That’s a long clean time, by anyone’s estimate.
Relapses are always jarring – even when they happen to celebrities who – if truth be told – sobriety may even be more difficult for with so few checks and balances on finances and public adoration.
They are even more jarring when they happen to someone you know and love. I found that out in March.
One of the “girls” my daughters grew up with was taken by heroin after two years of sobriety. Two YEARS.  She and I had grown close in the past, because she knew I was in recovery, and I had the distinct pleasure of getting to mentor her a while back. She was  feisty, hilarious, sweet, and beautiful. More recently, she moved and we’d lost touch,  but I knew she was a couple of years into active recovery and I was so proud.
Demi’s overdose brought up so much pain, all over again. It highlights an uncomfortable truth – we are never, never free of our addictions. You don’t “get over it.” Society may not understand this, but I hope that some wisdom and understanding about the disease will blossom on the heals of this awful thing. People need to know that we cannot rest on our laurels and that we need support to stay in recovery.
This problem touches all of us. The more we understand, the better.
I’m seeing something beautiful happening in the wake of the tragedy. I’m watching the recovery community around the world – MY recovery community – rally around one of our own. It’s very Jesus-y, really; the way only LOVE (and plenty of it) triumphs, no matter what. As she had made the recovery life a platform, she probably thinks she disappointed the whole world. She may not realize that we still claim her, proudly. That we still believe in her.
In the cyber world, I see it everywhere. My Instagram (MyFIERCErecovery) feed is awash in posts by 800 fellow addicts who GET it, and are pulling for Demi in every way. There hasn’t been a shred of disappointment or smack-talk, much to my surprise. On Facebook, I see the same thing. For those in my community, this is an excellent time to spread awareness.
I see it in the real world, too. My friends and I have had discussions about the sadness of relapse, but also the tremendous hope that comes from knowing she can make this near-death experience into an even stronger recovery.
We don’t give up on anyone!
It’s like the addiction world version of “no man left behind.” She will likely be embraced and encouraged from the recovery community around her. These people are just bulldogs, ya’ll. They stand with you until you can stand on your own. I’ve no doubt she has a wide and loving network of people and resources to help her heal.
I myself am one drink away from destruction, and I know it. I have no illusions about my disease, even with nearly 18 years of sobriety. Our drug of choice is a patient force; it will wait until we are tired and triggered. It will wait for us to feel confident about being sober. It will wait for damn near anything – time itself is no deterrent.
I came across another quote when I was preparing to write this piece, and if you just read it hurriedly or in passing, you may miss the profoundness of the statement:
“No matter what you’re going through,” Demi has said. “There’s a light at the end of the tunnel and it may seem hard to get to it but you can do it and just keep working towards it and you’ll find the positive side of things.”
I hope she still believes that, because it’s still true. The things she learned in recovery didn’t dissipate because she had a relapse. That’s another misconception. What you gain in recovery time, you keep. It’s yours. Now use it every single day – ONE single day at a time – to bolster your new recovery journey.
If you just keep working towards it.
Just keep working.
Just keep going.
I pray that Ms. Lovato will come out of this bolstered, strong, and with renewed commitment to recovery. Her light at the end of the tunnel has not been dimmed – it still shines bright waiting to guide her through recovery. I believe she will find the positive side of things again.
We are all pulling for you, Demi.

Please take a moment to consider the loss of life and talent that alcoholism and drug addiction has taken from the cultural landscape.

And then think about the voids left by the vastly more important people in our own lives who are lost or still in the trenches of addiction – the children, spouses, friends and family that you love.

3 thoughts on “Demi Lovato and Relapse – No Addict Left Behind”