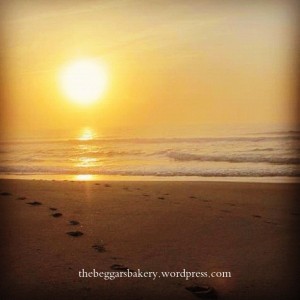 This morning, I was at a loss at what to write about.  I’ve had a headache pretty steadily for nearly a week solid, and have a busy schedule today, and these two conspired against my wanting to write at all.  But still….

Under my desk is a big cardboard box full of writings; articles, poetry and general musings about life, some of it going back to high school.  This is my sad attempt at organization…throwing things into a box, so that the oldest pieces end up on the bottom, and the most recent on top, like layers of sedimentary rock.

So, I consult The Box this morning for writing ideas, digging down a few layers.  Somewhere in between the top (which is from yesterday) and the bottom (the Jurassic period when the dinosaurs roamed the earth – known to my children as “the 80’s”) I found a single manila folder.  Everything else in the box, at least seven inches deep, is thrown in willy-nilly.  The folder is named simply:  “The Bad Years”

Immediately, I knew which era was chronicled in this layer:  The later stages of my disease, and most likely, the very early stages of recovery.

I am an alcoholic.  The Bad years, I have had.

I flip through the pages, and catch words like:  drunken, AA, lying, puking, embarrassment, shame and rejection…..words I don’t necessarily associate my “now” life with, but words that have been my life at other times.   And no matter how hard I try, I cannot shake the feeling that I am supposed to write about the experience.  Trust me, I’ve tried to shake the feeling.

More than a feeling, it is (dare I use the term?) calling.  At the end of the day, I just cannot imagine that we must endure the really difficult things in life alone.  What is the point of coming out on the ‘other side’ of something horrible if you keep it to yourself?

But writing about it is going to require what 12-step programs refer to as “rigorous honesty”.  In my interpretation, rigorous honesty is different from regular honesty in that it is subject to the sin of omission tenfold.  Writing about my journey is going to require including the words:  drunken, AA, lying, puking, embarrassment, shame and rejection – and that’s just for starters.

I pray about it often, asking God about what to include in a book, if I were to write one.  I tell Him that I don’t want to embarrass myself, but I know it’s a little late for that consideration.   I try to tell Him that I don’t have the time/money/confidence/smarts to write a book.  I think He is telling me that I don’t need those things to write my story.  What I need is faith in Him.  Period.

He reminds me that I still have tons of issues, in my “now” life, and that I get through them One Day at a Time the same way He got me through The Bad Years….with grace.

He is enough to save my life.  He is more than enough to handle the seven inches of literary sediment in a cardboard box.    I cannot undo my past, but I can write about my redemption so that maybe someone somewhere will know that they can survive The Bad Years.